Note: The novel itself is written first person, from Rafael's perspective. However, I've written a short scene set shortly before the novel, to awaken curiosity and do some foreshadowing. Also, here's an idea of what Clara Thomas looks like. 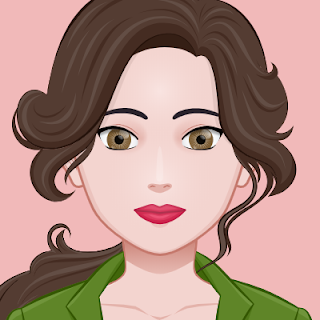 “So glad I caught you, Clara. You’re being sent to America on a case, aren’t you?”

“Sir Lynn! Do you need any errands taken care of while I’m there.”

There was a chuckle on the other end of the phone. “No need to be so formal. I’m your brother, after all, or married to your sister, which amounts to the same thing. Lynn will do just fine. I just called to give you a little advice. I know Interpol needs to recruit more people. Trying to rebuild such an organization is a major task. Well… they’ll have given you some files of people they’d like you to interview as possible options. Somewhere on that list there will be a Major Rafael Jones. Near the middle if they’ve just done it alphabetically, but near the top if they’ve had the sense to prioritize them. I think you should read his file first thing. I think he could be a serious asset.”

“To Interpol?”
“To them, yes. Maybe in other ways, too. He has a great deal of potential. I know one of his godmothers.”

“Is that all you’re going to tell me?”

“All I can right now. I’d have to meet him for myself to have a better idea. But as far as Interpol goes, he’s very fluent in two languages, passable in four more. He has a reputation for getting along with very nearly everyone-- he makes friends easily, and given that Interpol is all about local cooperation, you could use that. Law enforcement has been his career and he has already worked with an international team. He’s ideal for Interpol’s needs.”

“On hunch, my dear, but my hunches are usually reliable.”

“Rafael, if there’s more than one.”

“That’s an excellent idea. I’d like to get your impression of him.”

“Until then. Give Susan my love.”

“I certainly will, and all of mine, too. Safe travels.”

With the call over, Clara went to the window and took a moment to look over the city she was in. Just a few years ago, it seemed like war was everywhere and nothing was safe. Now she could turn her head and look toward England, her homeland, and know that ships were plying across the waters once more. She was soon boarding an aeroplane for America, one laden with passengers, not combatants or weapons. The world was at peace, but her own heart… she didn’t think she’d ever be as lucky as Susan, to find someone who was as real and kind as Sir Lynn Fox. He might be more than a decade older than his wife, but what was that when people were perfect for each other, as they were?

Work was better than love, if you didn’t have the right one. It gave you stability, purpose, and things to be interested in. Right now, she was interested in getting the file on Rafael Jones to find out what made him important enough for Lynn to take an interest in.