The wise-cracking, action detective is a bit of an archetype. What makes mine special,? Well, I thought it would be interesting if he was serious about music. Jazz helped define the era 1920-1940s, symbolizing moving away from formal traditions, opportunities for minorities and women to have their talents recognized, and a celebration of individuality. Raf's love of jazz shapes who he is, lively and open-minded. As the years go on, he'll be interacting with the music of different times, too, helping describe his relationship with the period. Another thing about Raf is that he mostly likes people. He's no loner. His friends are an important part of his stories.

As for his friends, Eugene Marshall fits another archetype, the millionaire playboy. Except he's both self-made *and* has autism symptoms. I didn't want him to be obnoxious, so I looked for a way to make him a little vulnerable. The autism traits are taken from me. When Allan asked me, "Which of your characters are you most like: Rafael or Clara?" I had to say, "Honestly? Eugene." 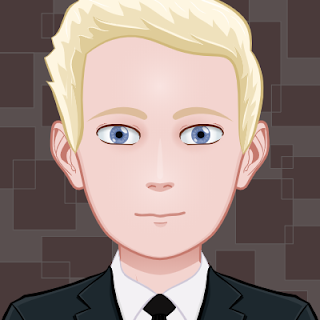 Analytical and smart, but naive and not great at filtering what should be said and what shouldn't in the speed of a conversation.

World War Two brought out the strength in a lot of women. Agent Carter is a large part of the inspiration for Clara Thomas, but so are the real women of Bletchley Park, the WAVES, WACs and WASPS, and so on. But too often a strong woman is considered enough 'development'. I thought it would be great if her strength came out of her weakness-- she'd been an abused woman and had help getting herself together. Going on missions rebuilt her confidence in herself. Her strength isn't an innate gift, but the result of fighting back and finding her power. I think that's not just a good example, but a way to push back against the stereotype that abuse victims choose victimhood.
at May 31, 2019