Countdown to release: a little bit different than the other detectives.

I promised to get into why I decided to do a Latino detective. Here's the thing. The detective fiction writers contemporary to this story were white men and their detectives were white men. There's nothing wrong with white men-- if I didn't enjoy reading about Archie Goodwin, Phillip Marlowe, Nick Charles, and even The Shadow, I don't think I'd be writing this kind of story myself.

But white guys are only part of the population. Oh, the writers were often aware of that. Rex Stout's politics sometimes entered his stories, with Nero Wolfe getting quite irate over the disrespect blacks face in America. I think Stout cared about women's opportunities, too, and he found at times stifled by giving both Wolfe and Goodwin some sexist traits, having to write around it with women executives and intelligence agents stealing the spotlight now and then. And Stout loved using Wolfe's status as an immigrant as a reason to do stories involving the complications that could cause for less successful people. Maxwell Grant uses the larger cast of The Shadow novels to introduce characters who defy demographic stereotypes, and sometimes upturns a whole slew of slanders at a time, as with the Roma in "The Gypsy Curse".

So it's not like the genre didn't have writers trying to expand their reader's minds. Justice, including social justice, is one of the things that is so appealing about the mystery genre. Still, history is a big canvas to paint on, and oddly enough, it's still painted mostly in white. Setting books in the past, and creating a more diverse cast that would have been written in similar books, gives me a chance to explore aspects of American life that were often ignored.

As a Latino, Rafael doesn't face the level of exclusion that black people often did, but he's still got to work around the fact that people see him as different. Sometimes with works to get him in better with people who might normally be suspicious of a detective. Sometimes he's been stalled by people who don't see him as "our kind". Facing obstacles himself probably makes him more aware of how women were blocked back then, as well. All in all, he's in a good position to observe inclusion and exclusion, and I can bring up points without getting heavy-handed about it. 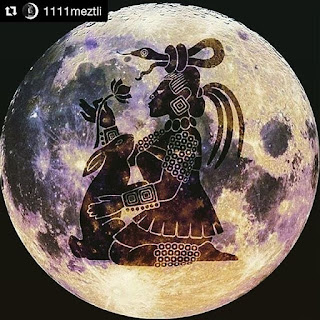 Besides, I'm only scratching the surface in the first book, and the political perspective isn't the whole of it. Eventually, his Mayan heritage is going to be very plot-relevant. See, the other reason it's cool to give him some non-European heritage is that every group has its own folklore, traditions, and monsters. While the first book deals with one of the most used of magical creatures, there will be less common ones as the series progresses.