Countdown to release: These are a Few of my Favorite Things.

I mention in the acknowledgments that I'm standing on the shoulders of giants. But the names I list might not be familiar to everyone. 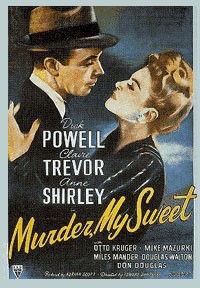 Raymond Chandler was the creator of Phillip Marlowe. He didn't create the hard-boiled detective genre, but he saw untapped potential in it. He started writing his own, bringing in a more sophisticated style of writing. He believed that people could enjoy exciting plot twists and still get literary touches.

Dan Curtis was a television producer, but not just a producer. He came up with and developed ideas for shows. His first foray into fiction was based on a dream that a friend told him sounded like gothic horror. He'd never heard of that genre before, plunged into it, and came out with a successful gothic soap opera that saved a television network. One of his followup projects, Kolchak, the Nightstalker, features a classically abrasive investigative reporter who keeps finding paranormal dangers at the heart of strange events in Chicago. It was brilliant and funny, and I was delighted to be compared to it.

Marv Wolfman might seem like the most obscure name I gave, but he's been a tremendous influence on comic books and has wrtiten television shows. One of his specialties is re-imagining classic monsters into contemporary stories. He's also remarkable for working out how to fix inconsistencies in an ongoing story line..

I'd also like to say Jim Butcher's Harry Dresden books helped me see there is a market for this kind of old-fashioned character and cross-genre writing. Unlike the Dresden books, this is actually set back in the heyday of the private eye's he emulates. And my detective, rather than starting out as an expert on the occult, begins blissfully unaware.

Less directly, I'm sure Terry Pratchett has been an influence, if only because he's my favorite writer and I've read the Watch books over and over.

And... Star Wars. No, really. Watching The Force Awakens, I thought, "This guy doing Poe Dameron would be good as one of those smart-alec detectives." And the idea of doing a Latino detective in period was intriguing. I'll get into that in my next post.
at May 27, 2019